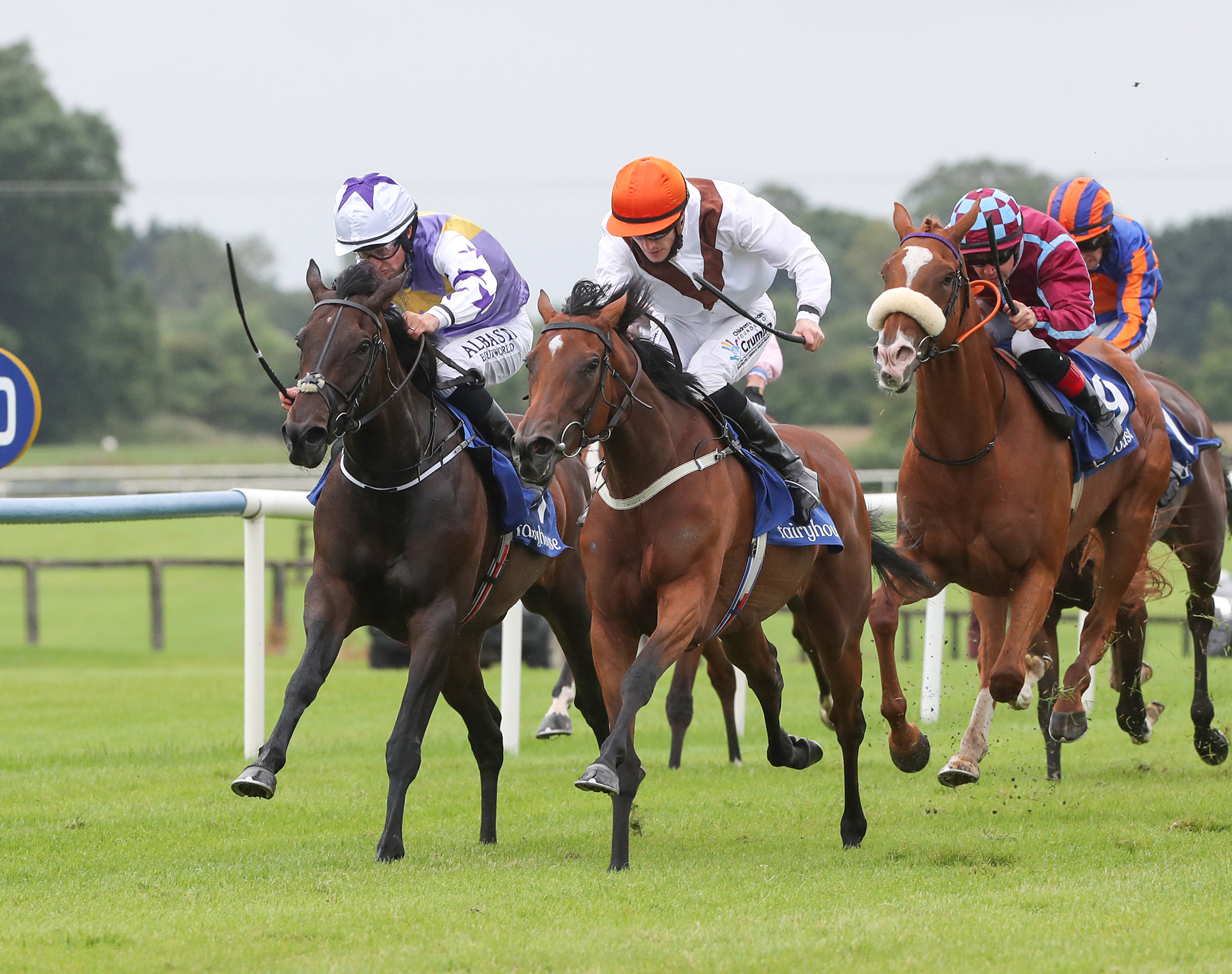 Group 1 targets await Paddy Twomey’s stable star Pearls Galore after she remained unbeaten in 2022 when landing the Group 2 Lanwades Stud Stakes over the Guineas weekend at the Curragh.

Breaking sharply and settling into the race under regular rider Billy Lee, Pearls Galore travelled in typically strong fashion before taking up the lead with 150 yards to run. The Joseph O’Brien-trained Emphatic Answer battled hard to challenge Pearls Galore in the latter stages, but the 5yo daughter of Invincible Spirit always looked to have her rival held.

Pearls Galore will likely now target the filles races throughout the summer including the Falmouth, the Prix Rothschild, and the Matron. Later on, in the season, the Foret and the Breeders Cup Mile were also mentioned by her trainer as probable targets as connections seek to gain the Group 1 win their superstar filly came so close to landing last season.

We look forward to seeing Pearls Galore competing at the top level again and wish connections the very best of luck.