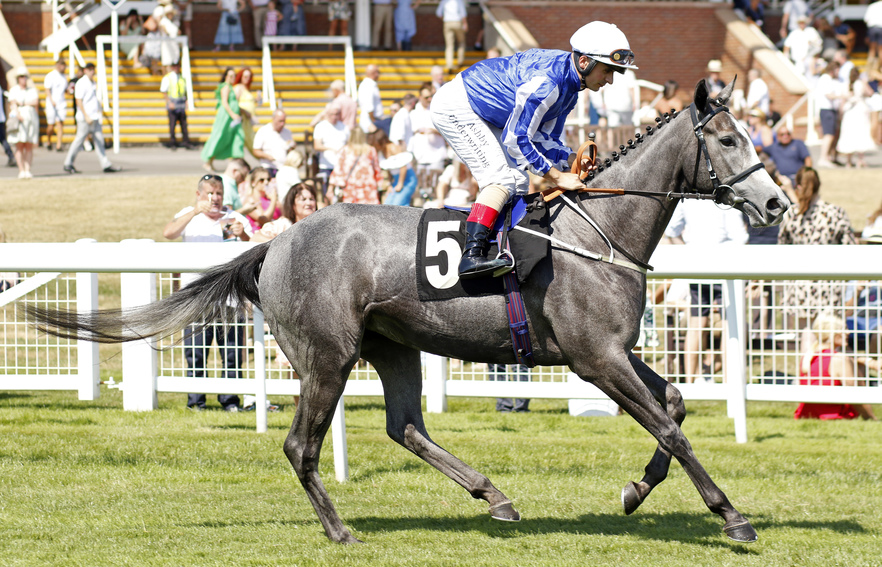 Ferrari Queen made it two from two in impressive style on Tuesday when the authoritative winner of the 7f novice at Kempton Park.

The Mark and Charlie Johnston-trained filly made a striking impression when the six-length winner of her debut at Doncaster in late June. Sent off the 4/9f favourite on Tuesday as a result, Ferrari Queen justified those cramped odds to make all under Andrea Atzeni and win ears pricked by close to three lengths from the colt Congresbury.

Andrea Atzeni, of course, partnered Decorated Knight to each of his three Group 1 victories, including the Irish Champion Stakes, and was impressed with how his daughter fared on only her second start.

“She was obviously very impressive first time out at Doncaster,” he told Racing TV. “She was coming into today with experience but doing it under a penalty is never easy. It was a big field and I was keen to let her use her experience. She jumped very well and we got an easy time up front, and she just kept lengthening all the way to the line. She had to do it the hard way and the further she went, the better she went.

“She’s a nice filly. It’s never easy to give a penalty away, she’s nice and I’m sure she’ll get a bit further as well.”

Already priced up at 25/1 for next year’s 1,000 Guineas, Ferrari Queen holds an entry in the Group 2 Debutante Stakes at the Curragh.

The filly was bred by the Irish National Stud out of the Danehill mare Katch Me Katie, also dam of the high-class stayers Nearly Caught and Pale Mimosa. She was purchased by Mark Johnston at last year’s Goffs Orby Sale.