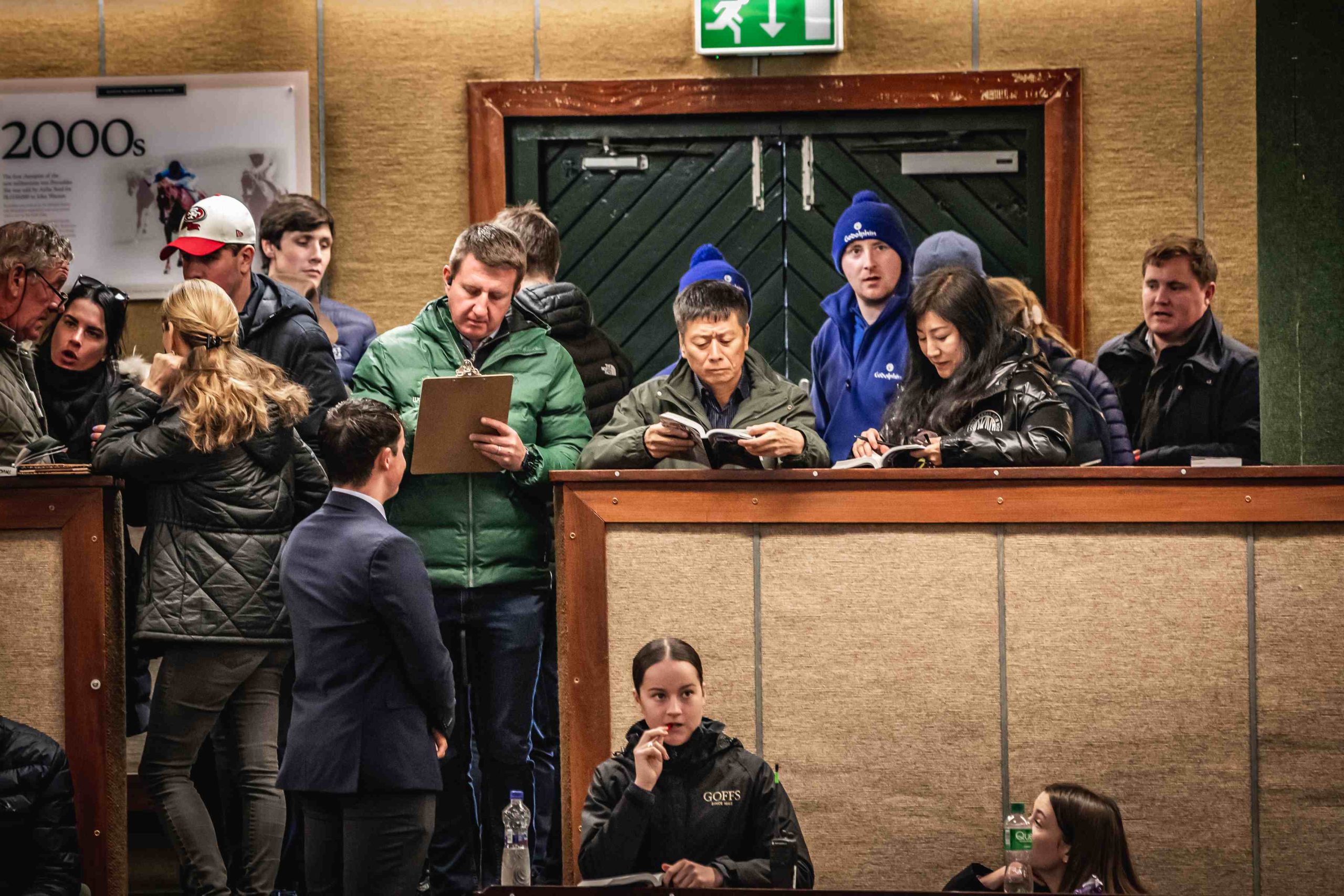 The remarkable level of support that is being accorded to Irish National Stud resident Lucky Vega was the story of the day on the opening session of the Goffs November Breeding Stock Sale.

Zhang Yuesheng, owner of Lucky Vega, and the BBA Ireland’s Michael Donohoe picked up a host of blue-blooded mares to send to the horse for his second year at stud.

The son of Lope De Vega received a significant level of support in his first year at stud and it will be more of the same next year as evidenced by a host of high-profile purchases by Donohoe throughout the day.

Foremost among these was the Baroda Stud-consigned Aspiring who was sold in foal to Wootton Bassett and fetched €790,000.

Aspiring is a half-sister to the Prix de l’Arc de Triomphe heroine Danedream as well as the Group 3-winning pair of Venice Beach and Broadway.

“I thought she was a lovely physical, she has a great cover and she’s from a fantastic family. She’s going to go to Lucky Vega. Mr Zhang is doubling down on his support this year by buying some select mares,” said Donohoe.

“He sent 30 mares to him last season and he’ll probably send the same number next year but is going to up the quality on the strength of what he’s seen from his foals on the ground in Australia which are getting rave reviews,” added Donohoe.

Just a few moments earlier the BBA Ireland man spent €530,000 for the Group 2-winning Bocca Baciata who was sold in foal to Mehmas. The daughter of Big Bad Bob was sold by Kiltinan Castle Stud and she is the dam of a promising sort in Foniska who looked a filly of some potential for 2023 when winning a maiden at Thurles last month.

“Bocca Baciata is another for Lucky Vega as well. Obviously Mr Zhang has horses in training with Jessie (Harrington) and she trained her so she recommended the mare to him,” stated Donohoe.

“Jessie is high on the two-year-old sister (Foniska) that she trains too. Mr Zhang actually bought Lucky Vega’s sister as well (for €110,000). It’s undecided where she’ll go next year but she’ll go to stud in Ireland.”

The first major purchase of the day also belonged to Donohoe who gave €500,000 for the Norelands-consigned Albula who won a maiden last year before chasing home Magical Lagoon in a Group 3 at the Curragh.

“This filly is a lovely daughter of Galileo who showed good form on the track and there’s a couple of Galileos coming along behind her so it’s family with plenty going on and we are delighted to have gotten her,” stated the agent.